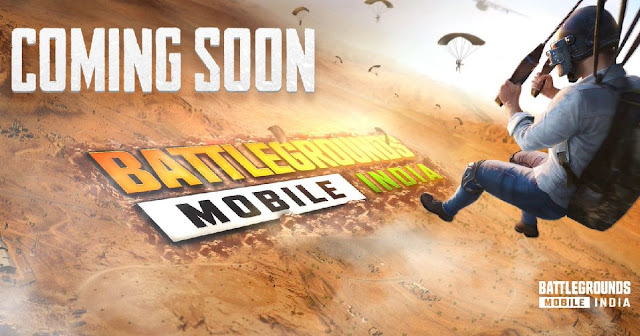 The Developer released a new logo for Battleground Mobile India. Pubg Corporation released this logo on YouTube and other social handles.

It was also seen that the developers of PUBG Mobile have also removed all the previous content and videos from the social media handles and YouTube channel.

Battleground Mobile India’s official website went live after the release of the logo. The official website also displays the same logo with the game’s name in text with orange, white, and green colours, which means, It was also to be inspired by the Indian flag. Let’s have a detailed look at the tweet made by Battlegrounds Mobile India 3 hours ag.

It can be speculated over the internet that Krafton company, the developer of the game is planning to launch the game as Battleground Mobile India.

Now the company has officially confirmed the news by making the website live on https://www.battlegroundsmobileindia.com/. So far the official PUBG Mobile website was closed by the developers, but now the new website has confirmed that the game is coming back to the country with a new name.

The Battlegrounds Mobile India website doesn’t have any information about any launch date of the game. The homepage has an animation revealing the title of the game and suggesting an imminent launch. There is a social media section on the home page that is linked with the Battlegrounds Mobile India YouTube channel. The news section on the website didn’t have any information, but for now, we can expect more information about the game, later on, the same as we move closer to the launch.

Popular PUBG content creator Maxtern told SportsKeeda.com that the developers are planning to release the game title by the end of May or at the beginning of June 2021. Make note that all the launch teasers shared by the developers confirmes that the game is going to launch as soon as possible in India but the company hadn't revealed the actual launch date yet.

It would be interesting to see when Krafton/ Pubg Corp. is planning to launch the game in the country and also what are the new changes that we are going to see in the gameplay. Do share your thoughts about the upcoming Battlegrounds Mobile India and make sure to comment on your favourite game in the comment section below.