Hii, Friends, Finally the BGMI for iOS was released and iOS, iPhone and iPad users can download BMGI from the officials app store. 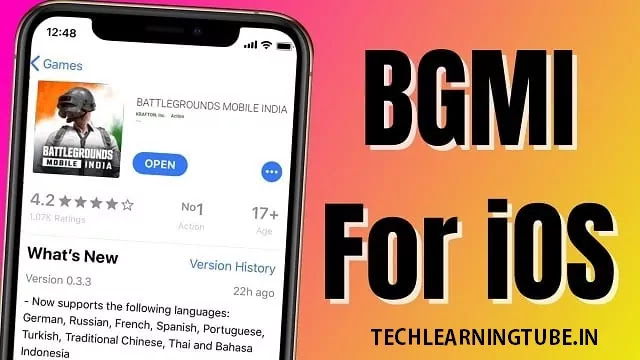 As we all know, PUBG is banned in India so Krafton has launched its alternative BGMI especially for India user. But BGMI was released for Android User and It was not released for iOS users. Million of iOS users are waiting for the launch of BGMI on iOS.

Finally, Krafton inc. has officially stated that Battleground Mobile India is now available to iOS, iPhone, iPad devices. Here you will know how to download and install BGMI on iOS devices.

How to get Free UC in BGMI for Andoid Only

How to make Concrete Block in MineCreaft ?

According to the trusted sources, the Krafton Company has been operating rapidly to make the BGMI pre-registration process available to iOS. The pre-registration can be done via the official website of the battleground mobile India, i.e., @www.battlegroundsmobileindia.com.

But now it was released for iOS Devices.

Above is the download link of BGMI iOS. You can open this link in iOS devices such as iPhone, iPad.

is BGMI is available for iOS Devices?

Yes, Battleground mobile is available for iOS devices including iPhone and iPad.

What is the Official launch date of BGMI?

What is the proce of BGMI on iOS ?

BGMI can be downloaded for free, It is free of cost game.

What is the official website of Battleground Mobile India?

What are the different languages available in BGMI ?