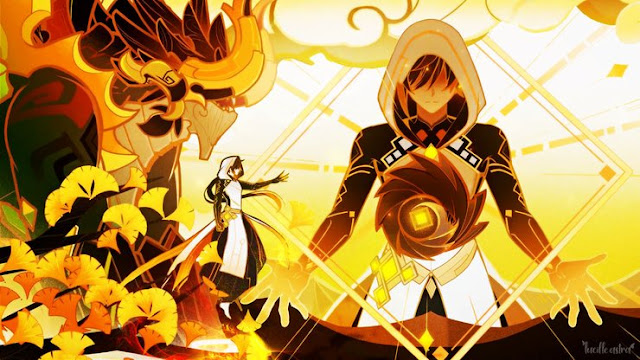 In Genshin Impact, Rex Lapis is known as the God of Contracts. He is a mysterious character in the story of Teyvat. There are many secrets behind him that you may haven't known yet about geo archon rex lapis. Here are things you need to know about him.

Who is Rex lapis Genshin Impact ?

Rex Lapis is the name of God of Contracts or Morax, Who presided over Liyue -  the nation of Geo element. The Geo Archon is also one of the two original archons of The Seven who stayed alive from the beginning of the game.

Currently, Rex Lapis appears as Zhongli - a consultant for the Wangsheng Funeral Parlor. Zhongli is also one of the most powerful Geo characters in the Genshin Impact Game now.

Rex Lapis is the oldest archon who is over 6,000 years old.

He has a lot of secrets that are unlocked gradually in his archon quests and Teyvat's story quests. Rex Lapis plush Genshin Impact hood covers most of his face, making him look even more mysterious as appearance. Rex lapis is actually a dragon.

There are many things about this archon that not many players have known. Here are some secrets about Rex Lapis you need to know.

Here is the list of secrets about Rex Lapis

Here are the most asked faqs about the Rex Lapish Genshin Impact.

Rex Lapis is said to be assassinated in the titular Rite.

The 11th Fatui Harbinger Tartaglia manipulated the Traveler to relay the news of Rex Lapis' death to the Adepti to destabilize Liyue.

However, after many parts of Teyvat's storyline were revealed, it turned out the Geo Archon faked his death. He is living in the form of Zhongli in Liyue currently.

Why did Rex Lapis fake his death?

Yes. Zhongli is the current form of Morax or Rex Lapis. He retired from his Archon position to wander in Liyue as a human after this nation proved that it's strong enough to stay safe and develop without his protection.

Is Zhongli the Rex Lapis?

Zhongli, the current form of Geo Archon explained that he faked his death to step down from his Archon position in Liyue. He saw that this nation can protect itself without his protection then. So, he wished to live as a human and work as a consultant for Wangsheng Funeral Parlor.

Geo Travel Diary is a Daily Commission that repeats many times in Liyue. Players do this mission in Yiyan Temple (Yujing Terrace) in Liyue Harbor. It's very easy to complete this commission and get 10 Primogems per day and a lot of EXP to level up your Adventurer Rank. Follow these steps to complete this daily commission. 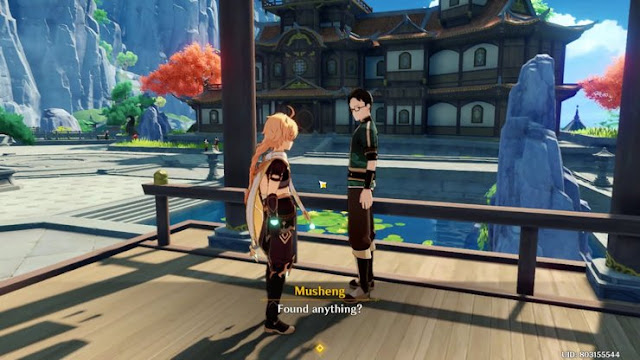 You need to collect these ingredients and mine ores from the wild in Liyue or cook Liyue dishes to give to Musheng, such as bird eggs, carrots, apples, White Iron chunks, Cor Lapis ores, Jueyun Chili Chicken, Squirrel Fish, Glaze Lily, etc. These landscapes and items are created by the Geo Archon - Rex Lapis.