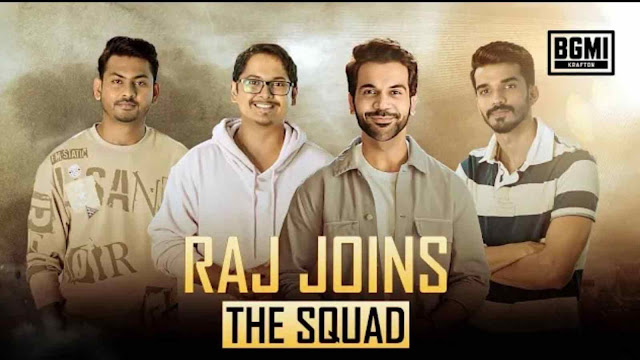 The first season of BMPS 2022 entered the final week and Now there are rumors that Rajkumar Rao is coming to BGMI BMPS 2022.

BMPS (Battleground Mobile India Pro Series 1)  is featured with a 2 Crores INR Prize pool and There are 24 Teams in 3 Groups.

Now after the rolling out of the video. People believe that The person who appeared in the video is Rajkumar Rao.

Now It hasn't been confirmed yet who is this person. But the people are talking about the Rajkumar Rao x BGMI BMPS collaboration.

Now leaks are coming that probably, BGMI will going to launch the Voice pack for Mortal and Rajkumar Rao.

As you know, These all are leaks and rumors that are being spread by People and It is not officially confirmed. We can't say anything about that before the official announcement from the BGMI Officials.
My name is rishab singh. I am student of B.sc Computer Science and love web development and programming.