In the latest update of the Genshin Impact 3.1, A new character introduced that is Cyno a 5-Star Electro character from sumeru. The Cyno character is voiced by some of the most experienced and popular VA (Voice actors). 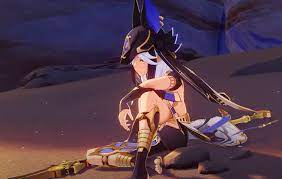 Cyno is a 5-star Electro character introduced in the genshin impact version 3.1 along with the 4-star new candace and the desert area of the Sumeru region.

Here is the list of Voice actors who will give a vtoe for the Cyno character in Genshin impact.

"Good deeds and bad, in the end, all will be placed upon the scales."
Travelers, come listen to the voice of the "Judicator of Secrets" #Cyno!

Irino Miyu, the Voice actor for the Japanese dub will be voicing the Cyno character in Genshin Impact 3.1. Irino Miyu has started his journey as the Voice actor in 1996 with the new character You're under arrest. He has also voiced in many popular Anime, Videos, Movies, and anime web series.

Here are the list of some popular Movies and Anime series in which he has voiced: