New World's latest update 1.6.6 is going to come out tonight. In this update, Many fixes in bugs and AI. A bug affecting Bernacles and Black powder expedition will be fixed with some improvements in the game. 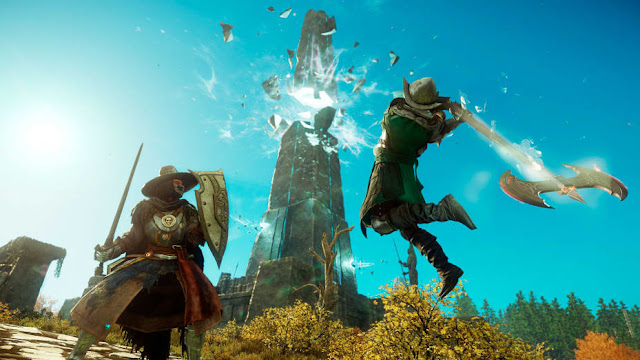 The latest New World update focuses mainly on combat and AI, a bug affecting Barnacles and Black Powder Expedition, some server stability improvements, and other changes. Players attempting to complete the Batten and Black Powder quests sometimes encountered an issue that prevented the Nereids encounter from starting. This will be fixed with an update. Other bugs to be fixed include a rare issue where some players didn't get the splash screen when a character died.

Some leaderboards were not visible to some players who joined ongoing Wars or Invasion, and other issues caused invite notifications to fail when you logged into a war or invasion and the server crashed or had a problem.

Here is the list of Bugs that were affecting the gaming experiences that will be fixed with the New Worlds 1.6.6 Update tonight.

So the New World Update 1.6.6 Download will be released at 11 P.M pacific time tonight. This update New world update 1.6.6 is housekeeping update with major Brimestone Sands update.
My name is rishab singh. I am student of B.sc Computer Science and love web development and programming.