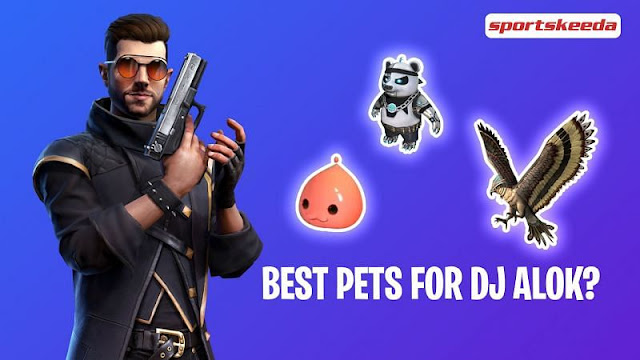 The Clash Squad mode is the most popular arcade mode in Free Fire and attracts players because of its intense and short fight rounds. The characters and pets play a very important role in improving a player's gameplay in this mode. DJ Alok is one of the most popular characters in the game, and almost the majority of Free Fire players have him.

However, to complement Alok's ability, players must have the correct pets with them in Squad mode. This article lists down three of the best pets to pair with DJ Alok for the Clash Squad mode in Free Fire. These pets are not arranged in ranked order, this reflects my own view.

This is a very potent ability as DJ Alok's active skills will have a lesser cooldown in the Clash Squad mode, allowing him to use his skills frequently.

Panda's Blessings is the special ability that Detective Panda possesses.

At its most basic level, this skill helps Detective Panda to recover 4 HP after killing an enemy. When Panda is maximized to the full level, 10 HP is recovered with every kill.

This is one of the most aggressive abilities in Free Fire and can be beneficial in Clash Squad mode alongside Alok's healing ability.

Poring possesses a valuable skill known as Stitch and Patch.  Every three seconds, this skill enhances the longevity of the helmet and armor by one.

Poring, along with DJ Alok, can be a good defensive choice for the Clash Squad mode, as the pet pays for the damage by increasing armor endurance.