As you know BGMI is one of the most growing and trending games in India. BGMI Lan event also streamed on Star Sports (twitter link) so you can imagine the popularity of this game. 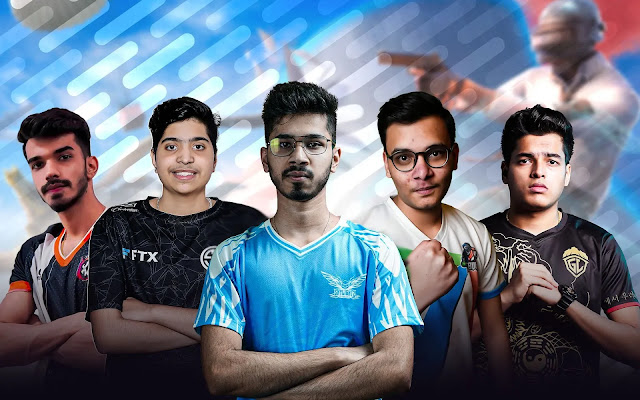 Today, In this article, We are going to see who is the No. 1 BGMI Player in India, and also I'll provide the Top 5 Best BGMI Players information. Let's see who tops the list.

You all know this name. Jonathon is the best BGMI player in India and also the No. 1 BGMI player. Jonathon's full name is Jonathon Jude Amaral. He is playing for the TSM Esports team. Undoubtedly, he is one of the best frontline attackers, fragger, and finishers. He also represented India in the world by capturing the 4th rank in PMPL Global Tests 2019.

In India, Every BGMI player knows about Jonathon and He is very popular between gamers and streamers. Read the Full Biography Here.

Scout, is another great and stylish player. He is also one of the top earning players in eSports in India. He is one of the well-known players, content creators, and best BGMI player in India. His real name is Tanmay Singh.

Previously, He was practicing football but due to the Accident, He was on 6 Month bed rest. Where Scout's journey starts in esports and gaming. He was just playing games for enjoyment and now he is one of the tops and best bgmi players in India.

Mavi aka Harmandeep is also referred to as one of the best bgmi players in India. Mavi plays for the OR(Orange Rock) Esports and He is the Game changer for the OR eSports. He played an important role to win the Big Tournaments for OR eSports.

Mavi plays as IGL and Attacker in OR teams and He is also one of the Best IGLs in India. Orange rock has multiple tournaments and also defeated the Teams like RRQ and TSM. No Doubt, he is the Best IGL and Best BGMI player in India.

Snaxx or Raj Varma is one of the most popular BGMI Content creators. He makes Tips and Tricks videos on youtube and from there he becomes very popular. Snaxx plays for Team IND and He is an Attacker and entry fragger in Team IND.

Snaxx is one of the best bgmi players and also His DP with 4x spray is very popular among the players in India. Snaxx is also a good youtube and BGMI player in India 2022.

ZGOD aka Abhishek Chaudhary, another best bgmi player from the Team TSM. He is one of the best and well known BGMI players. He plays the role of Support attacker and is ready to give cover fire in every situation.

ZGOD is one of the best fraggers in BGMI. He helped TSM to win many tournaments. He is one of the charming players in the BGMI community and therefore He is on the Top 5 Best BGMI players list.

Who is the No. 1 Bgmi player in India?

Jonathon Amaral is the Best and No. 1 Bgmi player in India.

Who is the best IGL in BGMI?

Mavi is the best IGL un BGMI and plays for the OR Esports in tournaments.
My name is rishab singh. I am student of B.sc Computer Science and love web development and programming.