7Sea Esports is well know Indian Esports Organization Of Battle Ground Mobile India(BGMI). 7Sea Esports is the one of the most Aggressive Lineup, With Experienced Players. 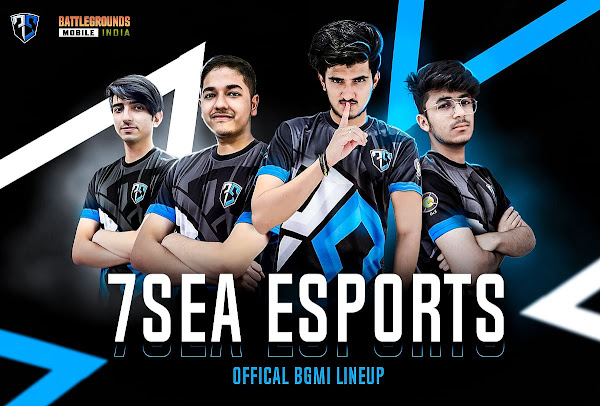 
Who is Owner of Skylightz Gaming

7Sea Prince he is the In game leader(IGL) of 7Sea Esport. Prince real name is Brahmbhatt. Seven Sea Prince was earlier known as IT Prince. Prince is a very old and experienced Esports player of India who has played for his team at the global level as well.

Prince has left a solo chicken dinner at PMCO prelims 2019, Where the feet came in front of them was the world's top team like SQF and Top Esports.

Recently, Prince played for Seven Sea Esports in the BGI. The performance of 7Sea ESports in recent years has been very good. Prince plays the role of an IGL (in-game leader) for his team, he is a very aggressive IGL.

Spraygod plays the role of an assault and entry fragger for his team. Spraygod's mid-range spray is very good, he sometimes knocks the player off the vehicle.

Spraygod is an underrated player who is consistently performing well. In all the tournaments that have taken place since the launch of BGMI, the performance of Spraygod has been excellent. He comes in the list of top Entry Fraggers of almost every tournament.

7Sea Sarang is a Professional Esports Player of BGMI and PUBG. Sarang's real Name is Sarangajyoti Deka and He Plays the role of Assaulter for 7Sea Esport. Sarang Is a Very Good Assaulter and Close Range player.

Sarang has also played for Team Indian Tiger before Joining 7Sea ESport. Sarang and Prince both had played together for a long Time.

7Sea Esport Player and Their Roles

So, In this post I have shared all the details about the 7Sea ESport BGMI Lineup, Esports Players, Achievements, Owner, and More.